In old day Britain, propriety is the real ruler. Welcome to Stirling Hall, home of Lord and Lady Westby, their family and servants, who are all bound by social expectation to play their “role”. As if the day-to-day running of the estate is not enough, Lord Westby has no son, and the grand house and all titles are set to be inherited by Ambrose Haines, a very distant relative. The family thought their problems were at an end upon the engagement of the Westby’s eldest daughter, Lady Lila Westby to the estate heir, Ambrose Haines. But when a woman is found dead in the estate, they quickly realize their problems are just beginning.

Who is the mysterious woman? What was she doing in Stirling Hall? How was she killed? And most importantly, who is her killer? Scandal must be avoided at all cost and it’s up to the Westbys and all those who reside in Stirling Hall to find the killer and preserve their good name!

This mystery has murder and is rated 4/5 on the “clean” scale. Although it is a “murder”, there is no mention of sex or drugs. As with all of our mysteries, there is no foul language. 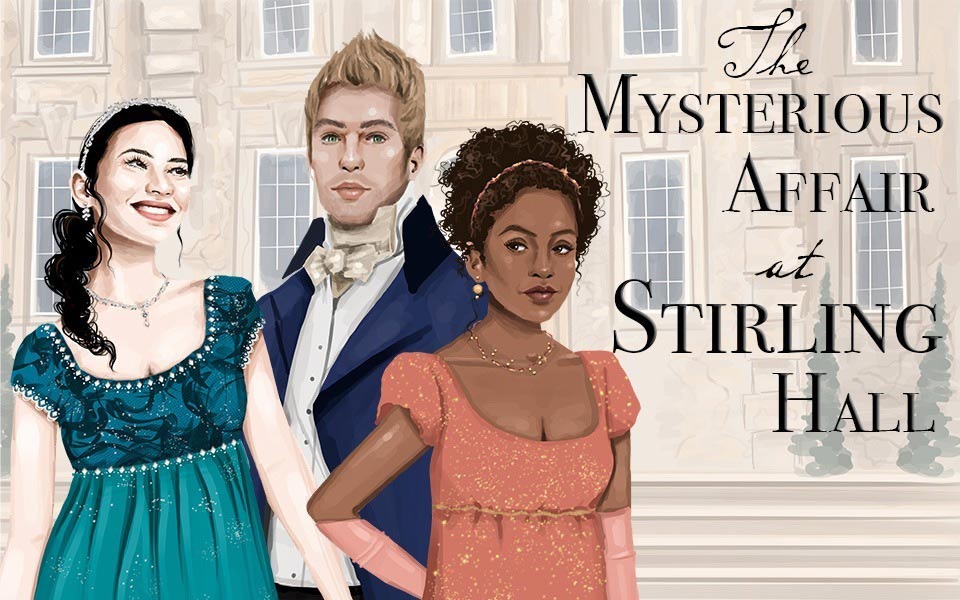