It’s 1956 in Winter Springs, an idyllic town that is the personification of the ‘dream life’, with white picket fences line the streets, behind which live the happiest families! At least, that’s what the residents of Winter Springs would have you believe…

About fifteen kilometres down the main drag is another town, Forestville, and they rival everything about Winter Springs. The towns have been feuding for decades, and when the kids are not racing one another down the main drag between the towns, they are fighting over turf.

The teens of Winter Springs were all abuzz – it was the night of the Sock Hop! But when prized student Jessie Ashford is found dead at Lovers’ Lane, the teens around town are rounded up and brought to the school dance to discover who had the motive, means and opportunity to kill her!

Who killed her? Why? And where was everyone in the town at the time of her murder? 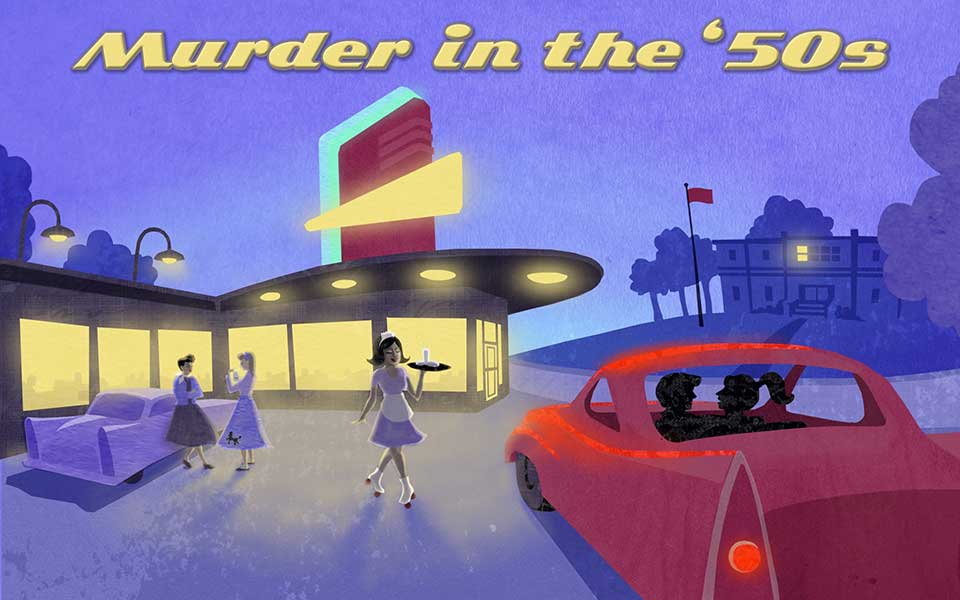