Gladstone High class of 1987 has gathered for their prom, and what a night it will be! The hair is big, the dresses are puffy and the social hierarchy is the stuff John Hughes movies are made of. The big moment of the night – the announcement of the prom king and queen, is at hand, but the nominees for prom king are no where to be found! Shortly after the big announcement, one of the nominees, jock Scott Mahoney is found dead in the boys locker room, having his head flushed in the toilet until he drowned! 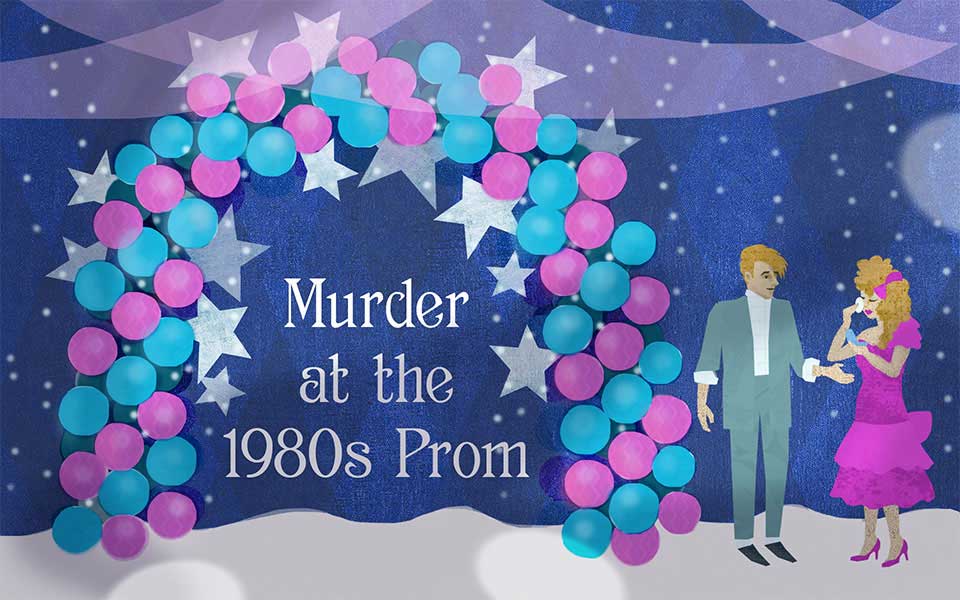 Reviews for Murder at the 1980’s Prom Murder Mystery Party

Absolutely! This was our 5th time hosting one of your mysteries and we always have such a blast! Thank you for what you do!

We love your mysteries and we had so much fun at our last party this new years doing the 80s prom! Can’t wait for the next one!

Saturday night I was able to gather 42 people and a DJ to host a Murder at the 1980’s Prom… we had a blast! It was an activity that I wanted to do. I noticed our church has members really didn’t communicate with each other. This version of a MM makes people who normally wouldn’t talk to one another,talk! So I asked the bishop of our church and he said yes…nothing more than just having fun! And my tactic worked! Everyone even the “wallflowers” were talking!