Long ago, seven realms existed in relative peace and harmony, with one king ruling all the realms. While one king ruled them all, each realm retained their unique system of rule befitting their culture. The people of each realm differ greatly from one another. Those in the north at Earthsea are considered strong and brave, and House Hunt commands the Army of the North – a large, highly-skilled army who exist for the sole purpose of stopping attacks from any direction of the northern seas. Those of the Linklands are reputed to be people of their word, and highly proper. Those in the Dragon Isles are proud and have a long history, and while their dragons have gone extict, they still believe themselves to be the true heirs to the Throne of the Realms. Those in the Middlelands are warriors who value peace, and have become the self-proclaimed keepers of the peace between the north and the south. The realm of Evonale holds the capital city of Aran, and Castle Aranshield, from which the king and queen rule. Finally, the Southern Isles belong to the Greysons, a war-hungry people who enjoy pleasure at any cost. The Greysons are also the sworn enemies of House Hunt in the north, and before the intervention of The Darkwhispers of the Middlelands, the two factions warred for generations.

Then one day, the peace and balance was broken, when Thereus Greyson of the Southern Isles laid siege to Castle Aranshield. King Drannyl of the Dragon Isles was murdered, and Evonale burned. A generation later, Thereus Greyson’s son, Tyvion Greyson, sits on the throne. Tonight, a feast was to be held in the Great Hall of the castle in honour of the king’s birthday. But when King Tyvion Greyson is found murdered in the Council Room, suddenly it becomes apparent that the castle is full of his enemies – but which one is his killer, and how did they get in and out of the council room without detection? 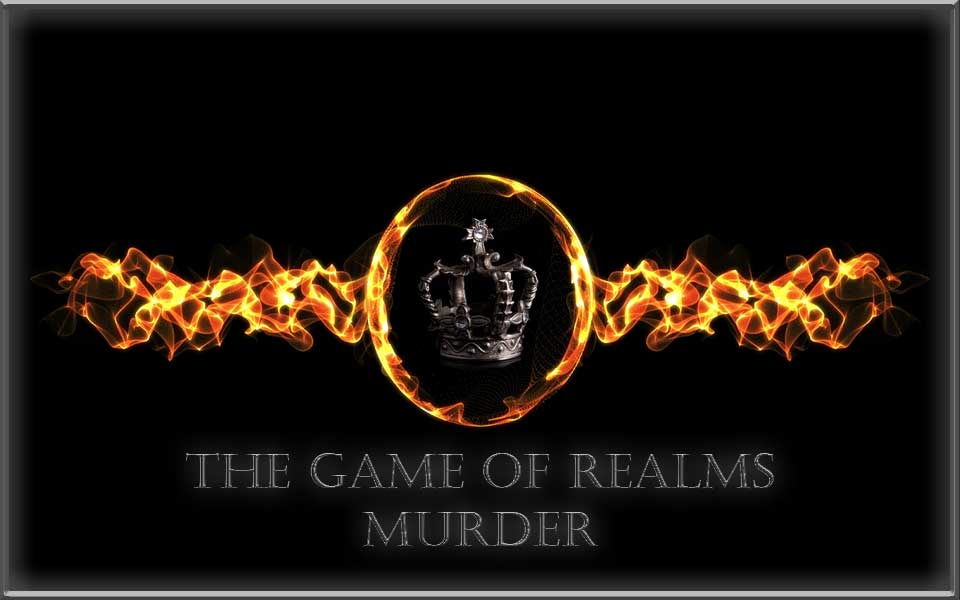 TRIGGER WARNING: This mystery is a TWO out of five on our Angel Rating Scale, and therefore is, by definition, not appropriate for children and some adults. There is content within that could offend or trigger you as the host or some of your participants. If you are offended or triggered by stuff (but not offended by murder, naturally) go for a clean (4/5 or 5/5) mystery instead.

From Leigh: This mystery is inspired by Game of Thrones. If you have watched Game of Thrones and saw the content and are like – cool cool, there is nothing in this mystery that could even remotely shock you. But if you’re not familiar with your group and what content may or may not trigger/offend them, please err on the side of caution and get a mystery that has a higher angel rating.