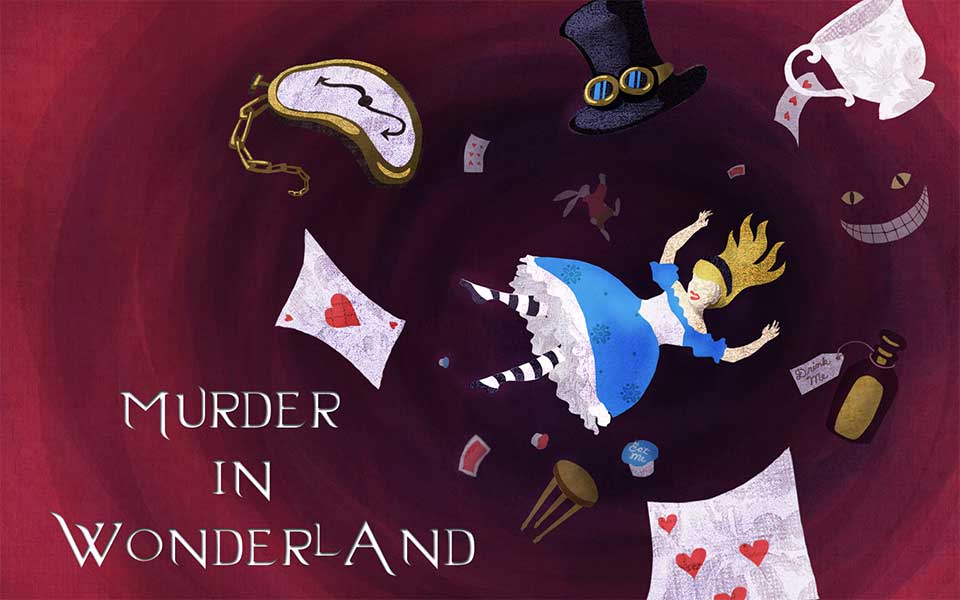 A 12 suspect mystery set at in Wonderland. Will accommodate an unlimited number of guests participating as sleuths. You will need a minimum of 12 suspects for this version of the mystery. Suggested investigation time is 2-3 hours. As with all of our mysteries, it is an INSTANT DOWNLOAD mystery package.

It has been two weeks since Alice’s initial visit to Wonderland, when she went on her crazy adventure after following a rabbit carrying a pocket watch. Safe at home with no one after her head, Alice found that she was quickly bored once again with her studies and those dreaded books that lacked pictures and conversations! Something troubled her about the residents of Wonderland, and Alice found herself obsessed with discovering the reason that most everyone in Wonderland had gone completely mad! Finally, Alice’s curiosity got the better of her and she threw herself down the rabbit hole once more. Yet, as she addressed the residents of Wonderland at the Knaves trial (which was STILL going on!), she was interrupted by the Cheshire Cat, who had found The Caterpillar dead beneath his mushroom! Upon closer inspection, it was ruled that The Caterpillar’s death had been a homicide, as his hookah had been laced with poison! Suddenly the residents of Wonderland find themselves suspects in both a murder investigation, as well as a plot to drive all the residents of Wonderland mad!